William Taylor is the PE Teacher at McDowell Academy for Innovation, and an assistant varsity and JV football coach at McDowell High School.  We like to call him Coach Taylor or just Coach. If you have never met Coach Taylor before, do not worry, you will hear him and know right away he is Coach.  His inside voice is louder than everyone else's outside voice.

Coach Taylor was born in East Liverpool, Ohio. He moved to North Carolina in May of 2001. He graduated from Kenyon College Ohio with a B.A. in Psychology, and he received a Masters of Education in Sports Science at Ashland College Ohio.

Coach teaches students that life skills can help make you a better person. He teaches PE, but students in his class learn much more than just physical education.  They learn things about good character, positive mental health strategies, the value of hard work and other useful life skills. Coach is a mentor for so many of our students at MAI and they look up to him and his model example.  Coach is a huge part of the MAI family inside and outside the school. Without him the students would never get to learn about the importance of both physical and mental health.

Other than school life, Coach spends time volunteering at his church, as well as at the YMCA as a non-profit volunteer. He absolutely loves watching the Ohio State Buckeye Football team play during college football season.  He enjoys playing sports, being active and working around his home. Coach loves all music except for rap, which he has never been a big fan of. He enjoys action novels as well. His favorite authors are Tom Clancey and John Grisham. His favorite book is Victory Secrets of Attila the Hun.  Coach enjoys action movies and two of his favorites include 300 and Gladiator. His favorite holiday is Christmas because he gets to spend it with his loving wife and family.

As you can see, Coach Taylor is a very interesting and well-rounded person who loves and adores sports. He is a Coach, he is a friend, and he is family. We are glad he has chosen MAI to teach at and we hope he will continue to teach here for a long time because we would not be the same without him. 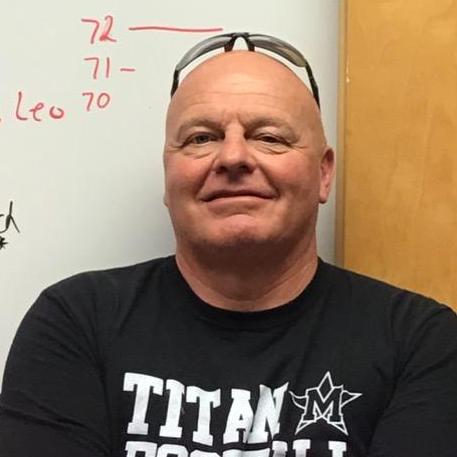